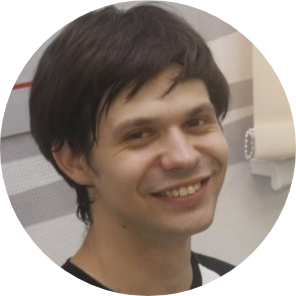 Let’s talk about something that cannot but excite your imagination - let’s talk about key breakthroughs that have occurred in speech recognition thanks to transformers.

This article provides an overview of the main tricks that were used when using Transformer-based architectures in speech recognition. Every particularly exciting idea is highlighted in bold. Along the way, there will be many links that will allow you to parse the details of the described techniques in more detail. At the end of the article, you will find benchmarks of Transformer-based speech recognition models.

A bit about transformers for speech recognition

Developers use speech recognition to create user experiences for a variety of products. Smart voice AI assistants, call center agent enhancement and conversational voice AI are just a few of the most common uses. Analysts like Gartner expect the use of speech to text (STT) to only increase in the next decade.

The task of speech recognition (speech-to-text, STT) is seemingly simple - to convert a speech (voice) signal into text data.

There are many approaches to solving this problem, and new breakthrough techniques are constantly emerging. To date, the most successful approaches can be divided into hybrid and end-to-end solutions.

In hybrid approaches to STT, the recognition system consists of several components, usually an acoustic machine learning model, a pronunciation ML model, and a language ML model. The training of individual components is performed independently, and a decoding graph is built for inference, in which the search for the best transcription is performed.

It is interesting that transformer-based solutions not only found application in both hybrid and end-to-end systems but also turned out to be better than many other modern solutions!

A bit about transformers for speech recognition

The Transformer architecture appeared in 2017 in the following paper [1] to solve the problem of machine translation. There are awesome papers that explain in detail how this architecture works - check out these two (1. 2).

Later on, there was a boom in NLP, transformer architectures evolved, the range of tasks to be solved increased, the results of transformer-based solutions more and more went into the gap.

Having taken over NLP, transformers have been introduced into other machine learning areas: speech recognition, speech synthesis, and computer vision, and so on.

Now let’s get to the point.

The first mentions of the transformer in speech recognition date back to 2018, when a group of Chinese scientists published a research paper [2].

The changes in the architecture are minimal - convolutional neural networks (CNN) layers have been added before submitting features to the input to the transformer. This makes it possible to reduce the difference in the dimensions of the input and output sequences (since the number of frames in audio is significantly higher than the number of tokens in the text), which has a beneficial effect on training.

Even though the results were not dizzying, this work confirmed that speech to text transformers can indeed be successfully used in speech recognition!

In 2019 there were several key Speech-Transformer improvements in different directions:

First, it allows us to take into account the correspondence of specific audio frames to specific transcription characters, due to the allowable alignments using the blank character.

Secondly, and this is the second improvement of Speech-Transformer, it simplifies the integration of the language model into the learning process.

As mentioned earlier, one of the components of the hybrid approach is the acoustic model, which today uses neural networks. The acoustic model in this paper consists of several layers of the transformer encoder. A diagram of one such layer is shown in Figure 3.

Of the most interesting things in this work, I would like to highlight that the authors again demonstrate the advantage of trainable convolutional (namely, VGG-like) embeddings compared to sinusoid PE. They also use iterated loss to improve convergence when training deep transformers. The topic of deep transformers will be discussed further.

More precisely, two Transformer Transducers - one from Facebook [9] and one from Google [11] appear at the end of 2019 and the first half of 2020. Formally, in the work of Facebook, it is called Transformer-Transducer (separated by a hyphen). But the essence of both works is the same - the integration of the transformer into the RNN-Transducer architecture.

Integration does not take place for the entire transformer, but only for the encoder, as an audio encoder in the RNN-T framework. In this paper [11], the predictor network is also transformer-based, however with a smaller number of layers - in the process of inference it is often necessary to call this component, there is no need for a more complex architecture.

RNN-T loss, unlike the CTC loss, allows you to take into account not only the probabilities based on the input sequence, but also based on the predicted labels. In addition, one of the advantages of the Transformer Transducer architecture is that this approach is much easier to adapt for streaming recognition because only the encoder part of the transformer is used.

In the summer of 2020, another paper [12], named Conv-Transformer Transducer, was published, in which the audio encoder consists of three blocks, each of which contains convolution layers and then transformer layers. And in the fall of this year, in [13] (which is a continuation of [11]), the authors proposed the variable context layers technique, which allows training a model capable of using the variable size of the future context, providing trade-off latency / quality at the inference stage.

One of the strengths of transformer-based architectures is their high efficiency while taking into account the global context. In the audio signal, local connections play a greater role than global ones. In the summer of 2020, several works were published that draw attention to these aspects and once again lead the transformer-based model into the gap:

As noted above, the Transducer approach allows the system to be used for streaming speech recognition, i.e. when audio enters the system in real-time, processing immediately occurs and the system returns responses as soon as it is ready. Streaming recognition serves as a prerequisite for voice conversational AI tasks.

However, for the system to be streaming, it is necessary that the transformer model itself be able to process audio sequentially. In the original transformer, the attention mechanism looks at the entire input sequence.

There are the following streaming data processing techniques in speech recognition that are used with transformer-based solutions:

In the following research paper [18], a model that is suitable for streaming recognition is presented, both in a hybrid setup and in a transducer system.

Emformer continues to develop the idea represented in [17]. Like its predecessor, Emformer uses augmented memory. Computational optimizations, computation caching are performed, the memory bank is used not from the current layer, but from the previous transformer layer, and GPU parallelization is added.

As a result, it was possible to achieve significant acceleration of system training and a reduction in inference time. In addition, the model converges better as a result of fewer useless computations.

Another area in which transformers have found successful use is the construction of high-level audio representations based on unlabeled data, on which even a simple model will produce good results.

One of the ideas for constructing such a view is to spoil the spectrogram (by masking it along the time axis, as in Mockingjay and Audio ALBERT, or along both time and frequency axes, as in TERA, or shuffle some frames, as in Speech-XLNet ), and train the model to restore it. Then the latent representation of such a model can be used as the high-level representation. The transformer here acts as a model, or rather its encoder plus additional modules before and after.

The resulting views can be used for downstream tasks. Moreover, the weights of the model can be either frozen or left to fine-tune for the downstream task.

Another idea is implemented in wav2vec 2.0. It is the continuation of vq-wav2vec [24].

In [25], the authors used the idea of wav2vec pre-training in conjunction with the Conformer architecture. The authors have used LibriLight data for pre-training and obtained SOTA on the LibriSpeech corpus at the time of this writing.

Most scientific publications consider the results of models trained on small, approximately 1000 hour cases such as the LibriSpeech.

Nevertheless, there are studies such as [26] and [27], which show that Transformer-based models show an advantage even on large amounts of data.

This article examined the techniques that are encountered when using transformer-based models in speech recognition.

And finally - WER graphs on the LibriSpeech Transformer-based models case: