AI and Ethics: Machine Learning Researcher’s Take on the Future of Work 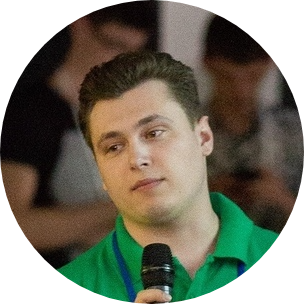 My team is building conversational AI, and every day I see it learn. Evolve. I’m happy with what I’m seeing, and so is my team, but outside the researcher community people feel wildly different about AI: from excited to skeptical to downright terrified. I think the reason behind all this speculation is that people don’t know what AI is capable of – and what to expect.

So it’s high time we addressed a question that sparkles huge interest among researchers, CX leaders and tech enthusiasts alike: will AI take our jobs?

As the machine learning research team lead here at Dasha AI, I think about it a great deal – I might even say it’s a part of my daily routine. I’d like to talk about the jobs ripe for automation, as well as what it means for the customer service industry of today – and tomorrow.

The path of technological progress

Technological revolution isn't something new. It first emerged in the 19th century and continues to this day. Mechanization has spread to many industries. As a result, our lives have changed incredibly in the last hundreds of years. Remember the emergence of electricity, the automotive industry, conveyor manufacturing, computers and the internet. Since then, many jobs have vanished, but even more have appeared. Thanks to technological progress, people do less hard and boring work, spend less time on it, and get richer. Of course, changing the labor market has always been a complex process that takes a lot of time. Such revolutions were undoubtedly painful for those unable to adapt, but new types of employment came along eventually. This is how it has been, and this is how it will be in the future. This is the problem we face when new technologies come into being. There is no doubt that contact center support is exhausting work. Call center agents get tired and start acting like robots because they need to do the same repetitive tasks. It seems that it’s not really humane – or ethical – to force people to do such work. Dozens of professions will die out by 2030, but hundreds new will emerge. Robotic process automation will remove the need for staff to do boring, repetitive, rules-based activities. The job of a call center agent is one of those that are ripe for automation.

So why exactly is call center automation so big these days? The truth is that it solves both customer and business needs. Companies will be able to cut costs and improve customer experience and satisfaction. A dialog system can be available around the clock. It already knows all the required information and continues to constantly learn from millions of previous customer conversations. It doesn’t get tired and it’s always in a good mood. From the customer’s perspective, using a dialog system is much more convenient than what we have now. Limited human resources don’t allow us to serve people well. When we call contact centers we usually have to wait for a long time, deal with IVRs, and most of the time, we’re not happy with the experience. That’s why it would be really helpful to make conversational AI a part of our lives.

The evolution of work

Gartner predicted that by 2020, 85% of questions will be answered by virtual assistants. But now it’s 2020, and still millions of people work at call centers. The progress has taken longer than expected. It will no doubt accelerate but we shouldn't be afraid of it. It still won’t happen in the blink of an eye. First, only new types of conversations will be automated with conversational AI and it won’t have much impact on existing processes. Only later will it gradually affect the rest. What I’m saying is, people will have enough time to adapt to a new reality. Remember that computer programs, especially such complex ones as conversational AI, need development and maintenance. There is a growing need for people who specialize in scripting, developing, testing, managing, and analyzing dialog system conversations to build and improve them. As AI vendors will become more and more predominant, they will need more employees. The way we work will be changing. AI will take away low-value repetitive work and free people for more creative tasks. This is the evolution of work.

Can we trust a robot?

Conversational AI is still a new technology. Many people are just beginning to get used to it. Not everyone trusts it and wants to talk to a computer instead of a human; not everyone likes using application interfaces. Recent surveys (1, 2) show that half of the people prefer to talk with conversational AI only if it reduces on-hold time and increases efficiency. But in general, most people still prefer to talk to a human instead of a robot. We believe the reason to be the lack of credibility and the uncanny valley effect. Сonversational AI that is more human-like will solve this issue and give people fast and efficient support. We aim to achieve this by passing the Turing test.

What’s important about the Turing test is that it’s a blind test. Humans shouldn't know that they speak with a machine. If a robot confesses that it's not a human being, that usually causes distrust, and people start behaving differently. They don’t want to continue the conversation, even though its outcome will most likely benefit everyone involved, and grow more skeptical.

But what is the reason we are so concerned about who we talk to, an AI or a human? Does it matter if we get what we need anyway? You have never met that person in the call center you are speaking with. So, does it differ from a dialog system? And if it does, why does it matter? We need to learn more about people’s attitudes to this technology before full automatization. If we want people to trust technology, if we want it to be successful, it’s the only way. Should we allow users to choose between humans and AI if they have particular preferences?

AI and humans should join forces

Transparency about an agent’s non-human status and understanding of the limits of its capabilities is truly essential when sensitive user information is being discussed, or when the conversation might have very significant implications, such as when discussing health concerns. The user has to realize and assess what he expects from a robot. Designing conversational AI, we should always aim for providing users with the most comfortable, efficient, and trustworthy experience. There are a lot of open issues that the community has to solve; it should also establish some security standards. By the way, security standards and privacy concerns are arguably the two most urgent issues when it comes to AI and its ethical implications. I have a few thoughts about that, too – check out my latest article here.